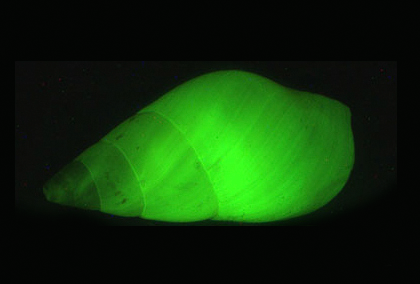 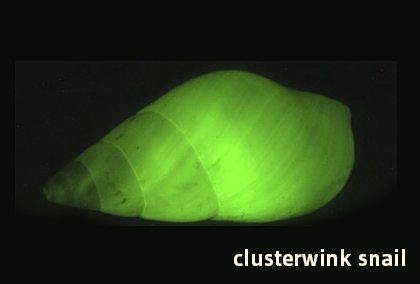 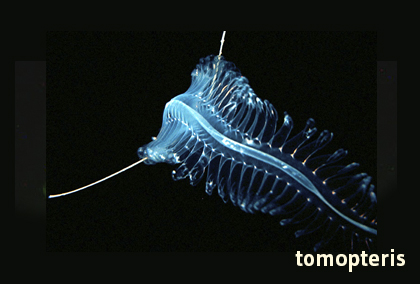 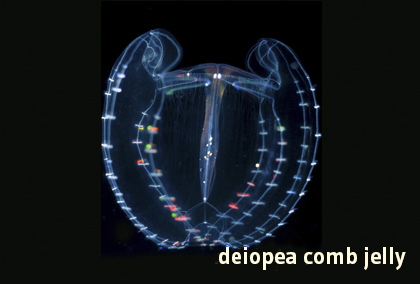 bioluminescent creatures that light up the ocean

bioluminescence describes a living organism that produces and emits light. about 90% of deep sea life has this capability. tiny organs called “photophores” produce the light that these creatures generate. 1- clusterwink snail • its spiral shells could glow like dim blue-green light bulbs. • it produces light when tapped or found by other creatures that are likely to attack. • its activity is described as “Hinea Brasiliana”. • although its glow attracts predators, it exposes them to their predators as well. 2- abraliopsis squid • it has small light organs on the underside of its body for camouflage. • it uses this illumination to blend in with the sky, hiding its silhouette from predators watching from below. 3- tomopteris • this sea worm is one of the few creatures that make yellow light. • if disturbed, it can let loose glowing sparks from foot-like appendages called “parapodia”. • it is thought that this mode is to distract predators. 4. deiopea comb jelly • comb jellies aren’t true jellyfish, but an entirely different phylum. and unlike jellyfish, they swim mouth-forward, gulping down their victims. • Comb-jelly’s blue or blue-green luminescence isn't fully understood. it's thought to be defensive light, in brilliant cascading waves, and can even eject sparkling smoke screens when under a threat.