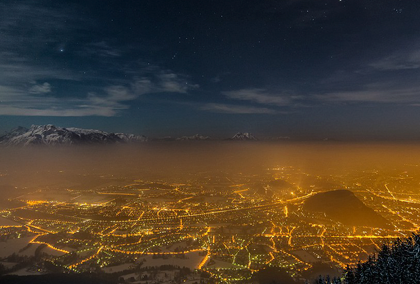 more than a hundred years ago, you were able to walk outside at night and see thousands of stars across the night sky. with artificial lights now washing out our starry skies, more than half of the world’s population found living in cities has never experienced the beauty of pristinely dark skies. how do we explain the importance of what they’ve lost to light pollution? how can we make them aware that light pollution is a concern on many fronts: safety, energy conservation, cost, health, and effects on wildlife? finally, how do we convince them that it’s worthwhile to take even small steps, to help fix this problem? glare, light trespass, and skyglow are three main types of light pollution that pose a serious threat in particular to nocturnal wildlife, having negative effects on plant and animal physiology. with recognition to adverse health effects, many species, especially humans, are dependent on natural body cycles called circadian rhythms and the production of melatonin, which are regulated by light and dark (e.g., day and night). when humans are exposed to light while sleeping, melatonin production can be suppressed. this can cause sleep disorders and other health problems such as worker fatigue, headaches, stress, increased anxiety, and some forms of obesity due to lack of sleep. the important thing is that light pollution can be reduced relatively easily by only using light when and where it is needed, by shielding lights properly, by using energy efficient bulbs, by only using the amount that is needed, and by using bulbs with appropriate spectral power distributions for the task at hand.